We have some great gigs coming up -- see our SHOWS page


In other news -- this year: HTC's Road Kill Stew and Other News won a Wammie for Country Album! also Album Art!

Bob Schieffer and HTC performed at the Wammies to a standup crowd!

Sumner Redstone on February 7 at the Waldorf-Astoria. The band performed

TV Anchorman and a new song, written especially for the occasion: "Mr. Redstone."

And here's what the New York Times, Washington Post, and New York Post have said in the past few weeks:

New York Post: (Liz Smith): "BRAVO to the happiest moment at the Museum of Broad casting's honor for Sumner Redstone.

Nope, sorry it wasn't Mr. Redstone, but Bob Schieffer, on the verge of departing and leaving CBS much the poorer for it.

So who knew the venerable newsman could sing?! (Only us other people from Fort Worth, Texas)"

The Sunday Morning came after a hugely successful show at NYC's HOT new restaurant and live venue, Hill Country NYC, which brings authentic Texas barbeque to the Big Apple (we had some, it's fabuloso!) Hill Country NYC is at 30 W. 26th St, in Chelsea. Visit it next time you're in New Yawk. The star-studded audience included Andy Rooney, Tom Brokaw, Harry Smith, Susan Zirinski, and many other luminaries in the news business.

It was such a great gig that we've been invited back in December, along with Pulitzer-prize winner Laurence Wright and his Austin band Who-Do.

business like Stuckey's. We're in negotiations with Stuckey's to sell our CD in all of their stores, and we're really excited about it! All we need now

is a Stuckey's bus, and a reality show called On the Road with Bob, which takes the band and Bob around the country to various gigs in our new bus!

Some of our outstanding gigs this past year (without the Stuckey's bus) have included:

and we're going to Houston, Texas in a few months..... as well as


Here's the news on our latest CD, which is getting all the buzz....

To order, please visit our store and click on CDs

For more info on the CD, go to our Road Kill page

Bob Schieffer on four of the songs, including "TV Anchorman," which Bob sings. 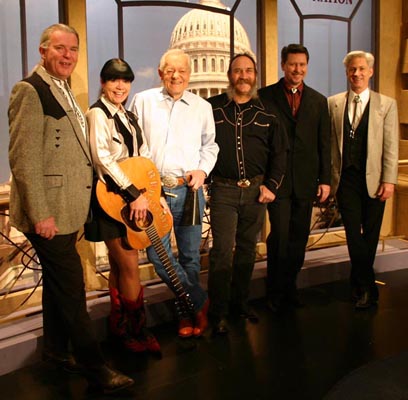 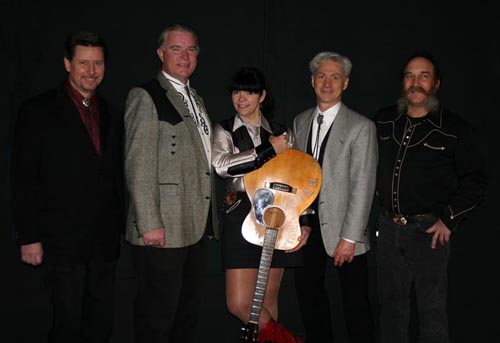 An American Pastime in Black and White, our song about the Negro Leagues, was performed
all over the country in 2006 and 2007; it was included in aspecial orchestral program about baseball called
The Baseball Music Project.

You heard it played at RFK all the time!
or go to our audio page for a higher quality version 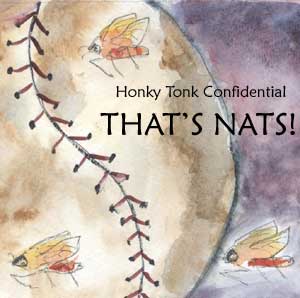